The Secret History of the Mongol Queens: How the Daughters of Genghis Khan Rescued His Empire (Audio)
Jack Weatherford 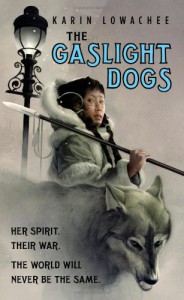 This may not be the worst-paced book I've ever read, but it's certainly in contention for the title. It's not helped by the publisher's decision to release it without any hint that it is (the Internet tells me) book one of a series. (Why do you do this, publishers? Why?) But even if I'd known going in not to expect a complete story, I would still have been thrown by the decision to have action-packed 50 first and last pages and absolutely nothing in the middle.

And I do mean nothing. The worldbuilding is never more than sketched, and the characters--well, they're distinctly drawn, but since they don't do anything it's hard for them to develop. Sjenn is trapped. Jarrett is cranky. Keeley is quiet. Okay, then. They're all under the general's thumb, and until the very end none of them seem to be even trying to slip out.

I also question the author's decision to use a real-world racial slur as the derogatory term of address for one of her fantasy cultures. I think the point--that one group of people disdains the other--could have been gotten across perfectly well with a made-up word.

The prose is interesting. I found it frustratingly opaque at the beginning--I don't think its dream-like qualities are well-suited to action scenes--but by the middle of the book it had begun to grow on me. And I appreciated the author's decision to draw on cultures not heavily used in fantasy. But there is, at best, a short story's worth of material here, spread out over the vast expanse of a novel.
Tweet